For a long time, Form 1040 (the typical US tax return) had a pretty consistent, yet complicated look. Then Trump, the current President of the United States – had his administration announce a new tax bill. The “Tax Cuts and Jobs Act”, which was the largest tax reform in 30 years.

We already saw the reduced postcard version of Form 1040 introduced in tax season 2018. However, that was just the beginning of it. Here we will highlight the new US expat tax reform draft coming in effect for the 2019 tax season.

This special announcement happened during the release of the new 2018 tax form. Taxpayers, consultants, and professionals equipped with tax law were appalled. On the new form, questions were simply removed from the old Form 1040 and added to new schedules and attachments. The US tax return didn’t really get smaller but split up into different sections.

US Expat Tax Reform Draft for 2019

Now, if you take a look at the new US expat tax reform draft of 2019 here, some changes from the 2018 form are still intact. However, you may notice it also goes back to looking like the previous US tax return style that you and many tax preparers are most likely familiar with.

Americans living abroad, US citizens in the States and Green card holders are brought to (once again) another version of Form 1040.

The new expat tax reform draft of 2019 includes the following changes, plus some other points:

The maximum Foreign Earned Income Exclusion amount increases to $105,900 for the tax year 2019.

From this, the standard deduction continues to increase as well:

The simplified version of the Foreign Earned Income Exclusion, Form 2555-EZ is probably the most common US expat tax form used. Unfortunately, the IRS released an announcement in 2018, that Form 2555-EZ will not be used after 2018.

Therefore, all expats who wish to exclude foreign earned income and foreign housing costs from their US tax return will need to use the more complex Form 2555 version.

The IRS in addition to creating a newly designed tax return form also drafted a new, simplified return for senior citizens. Senior citizens, even those abroad, still need to be aware of their filing requirements to make sure that they pay their US taxes on time.

The original form 1040-SR is known to replace Form 1040-EZ. This is because the IRS wants to make a better version of Form 1040 for the elderly. It’s just two pages and allows seniors to report taxable amounts of the following: pension, social security benefits, annuities, IRA distributions.

Additionally, US expat senior citizens with foreign income can enter their information on income, interest, salaries, tips, wages, dividends, pensions, and more within the 2 pages.

While Form 1040SR is reduced, this amount of pages has definitely become simpler. US Expat Retirees will normally require additional attachments such as Form 8833: Treaty Disclosure, Form 2555: Foreign Earned Income Exclusion and Form 1116: Foreign Tax Credit. The 2019 draft of Form 2555, the Foreign Earned Income Exclusion, is confirmed to be attachable to the 1040-SR version.

Plus, all these forms are supported when completing your tax form online with the MyExpatTaxes software. It’s only for a flat fee of 149 euro including sales tax.

The IRS Compliance Initiative on Expatriates

Moreover, the IRS just made it clear that they want US Expats to become tax compliant. Their official statement is:

“The Internal Revenue Service will address noncompliance through a variety of treatment streams, including outreach, soft letters, and examination.”

This announcement comes in time with the recent controversy regarding FATCA, where hundreds of thousands of American Expats face bank account closures.

If you get a letter from the IRS or Foreign Bank, you have options:

Consequently, for Accidental Americans, check out our guide to getting tax compliant starting with getting your US taxpayer identification number (Social Security Number).

MyExpatTaxes and US Expat Tax Reform

Above all, by looking at all the information above, we can imagine it may seem a bit complicated and perhaps overwhelming. Don’t stress – we at MyExpatTaxes can help you out with the US expat tax reform and any other questions you have (like how to deal with a foreign bank account).

IRA Support and Contribution Limits for US Expats 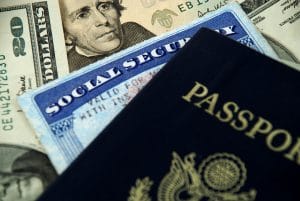 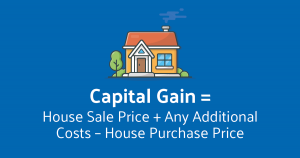 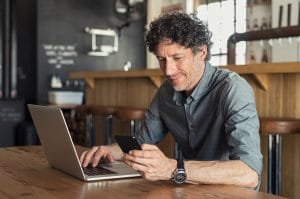 IRA Support and Contribution Limits for US Expats

What is an IRA Need some IRA support? The IRA stands for Individual Retirement Arrangements. It allows US citizens, living ...

Expat social security tax benefits may be one of the last things an American abroad may consider when it comes ...

For a long time, Form 1040 (the typical US tax return) had a pretty consistent, yet complicated look. Then Trump, ...