Double taxation happens when your income taxes are paid twice on the same source of income. For example, you could be working as a sales manager in Amsterdam as a US citizen. Then when tax season hits, you have to pay Amsterdam taxes and US taxes from the same source of money. This is double taxation, but because there are expat tax benefits and treaties that can help prevent you from being double-taxed.

The US actually has effective expat tax benefits and tax treaties to prevent American expats from being double taxed. They are as follows:

The Foreign Earned Income Exclusion, or FEIE, is also known as Form 2555 by the IRS. This expat benefit allows you to avoid double taxation by excluding up to a certain amount of foreign earned income from your US taxes. In 2022, for the 2021 tax year, you can exclude up to $108,700 of foreign earned income. Make sure you convert your foreign currency to US dollars to see if you make it under the limit (or MyExpatTaxes’ software can do the conversion for you!).

Am I Eligible to Use FEIE?

You can use the bona fide residence test OR physical presence test to determine whether you are eligible to use the Foreign Earned Income Exclusion or not.

Are you qualified to use the FEIE? If so, you may be eligible for foreign housing deductions, which can help you reduce tax liability even more! For example, the Foreign Housing Exclusion can exclude qualified housing expenses like rent, utilities, or repairs from taxation.

How do I calculate my foreign earned income, for the exclusion?

The taxable amount is taxed at the rate applied to what you originally earned – known as the stacking rule. Any other income from pension funds, interest, capital gains, etc cannot be excluded from the IRS foreign income exclusion. Plus, you can increase your foreign exclusion with qualified housing expenses as well.

The FEIE amount is prorated based on the number of your qualifying days, so the maximum FEIE amount is available for those who use the Foreign Earned Income Exclusion for the entire tax year.

If you need more additional time to file, because you may have moved abroad near the deadline, you can file an extension (Form 2350 or 4868) through us.

The FTC, or Foreign Tax Credit is a dollar-for-dollar reduction from the IRS towards your foreign earned income. This means, for example, if you paid 300 US dollars (after conversion) to the Icelandic government as a resident of the foreign country, you can take a 300 US dollar credit and apply it to any US taxes you owe.

What about the Foreign Earned Income Exclusion? As an American expat you cannot take this tax credit from the income you excluded from the FEIE.

You can avoid double taxation with the Foreign Tax Credit by the following ways:

Additionally, if you have US-sourced income from business trips or other reasons, that you believe should be considered foreign-sourced, look at your country’s tax treaty for guidance.

Essentially, the US and certain foreign countries have all agreed to reduce or completely eliminate dual income taxation for Americans living and working abroad.

Tax Treaties are especially helpful when determining how to declare income such as pension, social security benefits, alimony, etc., which cannot be excluded via FEIE and are not subject to local income tax in your resident country.

Tax Treaties are different than Totalization Agreements (see below), and through treaties, residents, such as Americans living in foreign countries, are taxed at a reduced rate or exempt from US taxes in certain income items from sources in the US. Rates and specific items of income vary between each foreign country. If the foreign country you’re living in does not have the treaty with the US, you may be double-taxed. This is paying tax on income for both the US and the foreign country.

To see if your country has a tax treaty with the US, check this page from the IRS.

The Totalization Agreements is a result of the US and IRS coming together with 26 countries around the world to place measures for preventing dual social security taxation for Americans abroad.

Americans who reside in countries such as France, Germany, Belgium and Australia, are able to avoid dual social security taxes because they can choose the country they pay Social Security into. The IRS provides full list of the other countries included and not included on the Totalization Agreement.

Plus, these agreements for US citizens abroad factor in where you were hired, where your employment is sourced, and how long you were planning to stay abroad. These agreements help American expats avoid foreign social security costs if they do not plan to stay overseas for more than 5 years and/or they are sent overseas on a short-term contract.

If you do not plan to return to the US as an American expat, especially after 5 years, you can pay normally into the social insurance of the foreign country you are living in. After all, you will want to be covered based for retirement and health care from where you live.

Filing and Paying US Taxes Support

Save Even More Money with US Taxes 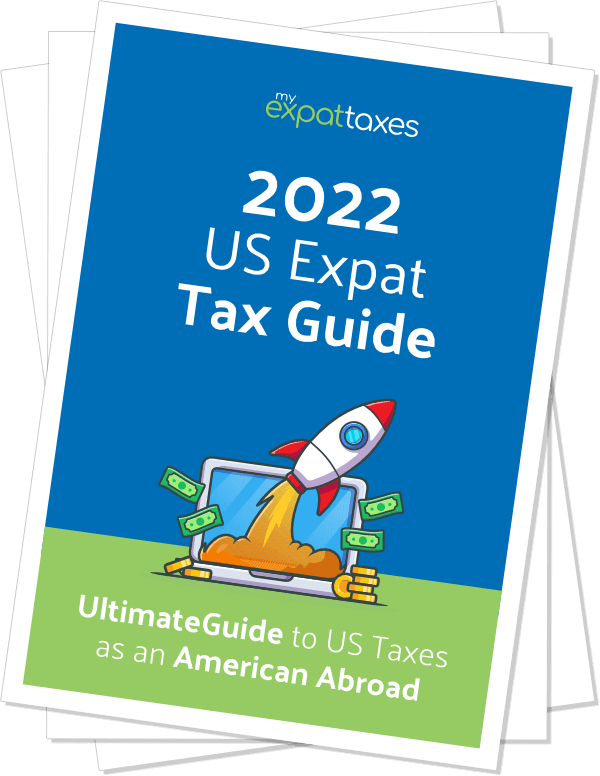 Enjoy our ultimate expat guide that will help you get and stay tax compliant!

Retired or Planning to Retire in 2022? If you are planning to retire, you need to know that Americans, both in the US and abroad can gain retiree support benefits…

Self-Employment Taxes for US Expats in 2022 If you work for yourself and are in control of the services you perform, then you are self-employed and the income you receive…

Renouncing US citizenship is possible as an American abroad, though not recommended. You’ll need to be tax compliant for five years, sign an oath, pay a large exit fee, and…

Your Foreign Bank Account and FATCA in 2022 Every foreign bank account you open as an American abroad means you are connected to the FATCA law. This law allows the…

Save Even More Money with US Taxes

Filing and Paying US Taxes Support

In this section, learn about filing and paying taxes for US expats. Plus, foreign income and the exact forms you need to file your expat taxes, and what to do…

Only our best expat tax tips to your inbox.